Join us 7–16 October, 2022 for our upcoming virtual antiquarian book fair!
Preregister now for Biblio.live and get $10 to use at the fair.
Home Bookstores Raptis Rare Books 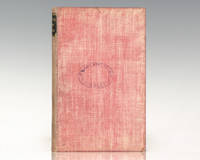 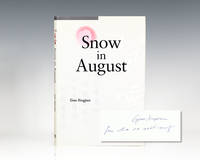 Description:
Hong Kong: The Chinese University Press, 2003. First edition in English of the Nobel Laureate's play that is based on the legendary Huineng, the sixth patriarch of Zen Buddhism in the Tang Dynasty. Octavo, original cloth. Inscribed and dated by Gao Xingjian on the title page. Review copy, with slip laid in, fine in a fine dust jacket. Translated by Gilbert C.F. Fong.
Item Price
S$516.36
FREE shipping to USA 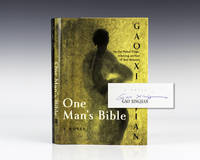 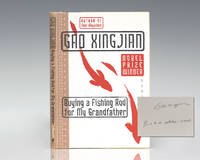 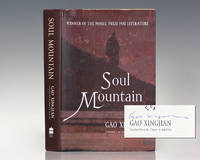 Description:
New York: Harper Collins, 2000. First edition in English of the author's magnum opus, which led to him winning the Nobel Prize in literature in 2000. Octavo, original half cloth. Boldly signed by Gao Xingjian on the title page. Fine in a near fine dust jacket. Translated by Mabel Lee. In 1983, Chinese playwright, critic, fiction writer, and painter Gao Xingjian was diagnosed with lung cancer and faced imminent death.But six weeks later, a second examination revealed there was no cancer—he had won "a second reprieve from death." Faced with a repressive cultural environment and the threat of a spell in a prison farm, Gao fled Beijing and began a journey of 15,000 kilometers into the remote mountains and ancient forests of Sichuan in southwest China. The result of this epic voyage of discovery is Soul Mountain.
Item Price
S$737.65
FREE shipping to USA

Didn’t find what you’re looking for?

Try adding this search to your want list. Millions of books are added to our site everyday and when we find one that matches your search, we’ll send you an email. Best of all, it’s free.

Did you know that since 2004, Biblio has used its profits to build 16 public libraries in rural villages of South America?